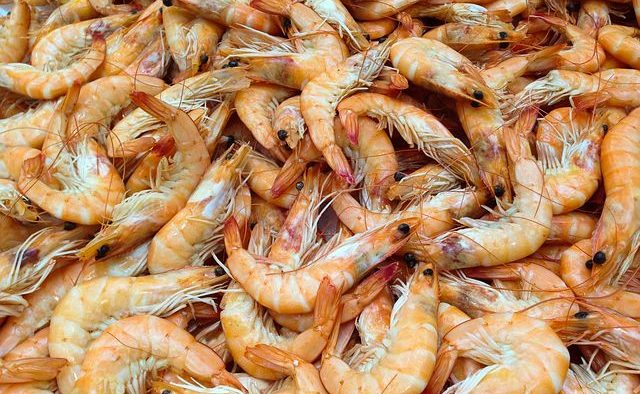 Concern over imported farmed shrimp challenged in study by Scientists at the University of Stirling, with new research indicating that it is as safe as any other seafood product.

Experts observed the findings after using European Union (EU) data to perform a risk assessment on shrimp imports, which have a reputation among some consumer groups as being of low quality.

Professor Dave Little and Dr Richard Newton, of Stirling’s Institute of Aquaculture, working with colleagues at Shanghai Ocean University, also found that shrimp imports have become much safer to consume in recent years. The findings of the research are published in the Aquaculture journal.

Dr Newton said: “Farmed shrimp imported to the EU has a reputation among some consumer groups as being of low quality and this is sometimes reflected in the mainstream press, as well as on the internet.

“Over several decades – since farmed shrimp imports first appeared on supermarket shelves – a negative narrative has grown over environmental and social malpractice. This has included claims that tropical farmed shrimp are grown in polluted water and treated with large quantities of chemicals, which can be harmful to human health.

Dr Newton and the team analysed 18 years of data from the EU’s Rapid Alert System for Food and Feed (RASFF), which contains information on food and feed imports that have been found to contain banned or excessive quantities of substances, and subsequently removed from the market.

“Based on the information in the RASFF database covering 1998 to 2015, our study found that consumers would need to eat more than 300g of shrimp per day to exceed the ADI for antimicrobials,” Dr Newton explained.

The research also identified shortcomings in the RASFF system when it comes to determining ADIs, with the scientists concluding that – in reality – the ADI is likely to be “much higher” than the 300g calculated because the RASFF database only contains information on contaminated shrimp and not those available to consumer.

Dr Newton added: “This means that imported farmed shrimp are no less safe than any other seafood product.”

Over the 18-year period, the number of alerts dropped markedly despite shrimp imports increasing – meaning that shrimp have become much safer to consumer as exporting countries meet the safety demands of importers more effectively. The numbers peaked in 2002, in relation to large numbers of consignments contaminated with antimicrobials, the experts said.

The researchers compared the RASFF data with coverage on shrimps that appeared in mainstream media over the same period – and found that it tracked closely with the number of alerts, which are now a fraction of what they were in 2002.

However, the team found that information available on the internet has continued the negative narrative, which is based on practices mostly phased out and does not reflect improvements that have been made in the industry. They noted that many websites promoted the consumption of local, wild-caught species in favour of imports – despite some evidence showing that wild shrimp can also be contaminated with various harmful substances, and have ethical and environmental impact issues.

The study concluded that there was scope for the RASFF system to be improved to allow a better understanding of risk associated with food consumption, and also highlighted a need for standardising testing procedures throughout EU member states, as well as third parties.

The research, Assessment and communication of the toxicological risk of consuming shrimp in the EU, was funded by the Seafood Importers and Processors Alliance.