Cephalothrix Simula, native to the north-west Pacific, has found its way to European waters. 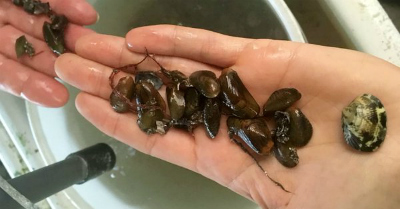 Researchers from the University of Southampton have found the toxic worm lurking in muddy waters off the south-west coast.

Evidence of the worm was found along with other non-indigenous species in tests of marinas in Southampton Water, Anglesey, The Bristol Channel and the River Blackwater.

Speaking about the new environment DNA technique used to find the species, Luke Holman, a PhD student at the university told the Metro: “We are enormously excited about the potential for eDNA in the detection of invasive species.

“This initial work gives us confidence that the technique could be invaluable both for catching invasions early on and also for monitoring the success of eradication efforts.”

The highly dangerous worm has also been found thriving on Japanese beaches.

In a paper published last year in the journal Marine Drugs, researchers warned: “The species has been associated with high levels of marine neurotoxin Tetrodotoxin, traditionally associated with Puffafish Poisoning.”

A dose of as little as two milligrams of Tetrodotoxin can be fatal to humans, inducing heart failure or paralysing nerves that trigger muscles to control breathing.