“The British Takeaway Campaign welcomes today’s announcement that the £65 settled status registration fee is to be scrapped.

“This will go some way to reassure EU nationals working in the takeaway sector that their concerns regarding their future in the UK post-Brexit have been heeded.

“However more can be done, which is why we are calling for a transition period that gives sufficient time to allow for the training of domestic workers, as well as the revision of the Shortage Occupation List to revoke the arbitrary ‘takeaway clause’ that states specialist chefs are only allowed to work in restaurants which do not have a takeaway function.”

The British Takeaway Campaign (BTC) is an umbrella group, championing those involved in the supply and preparation of takeaway food. The group brings together organisations representing the breadth of the industry, from curry and kebab houses to fish and chip shops, Chinese restaurants and pizzerias.

According to independent research by the BTC, the takeaway sector supports 231,000 jobs and takeaways themselves directly contributed £4.5bn in gross value added (GVA) contributions to UK GDP in 2016, rising to £9.4 billion when factoring in the multiplier effect of supply-chain and employee spending – equivalent to 0.5% of GDP.

The BTC’s members are: 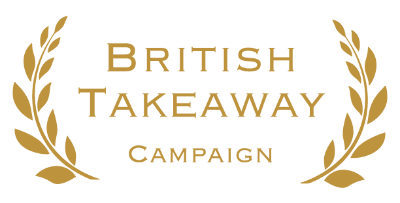