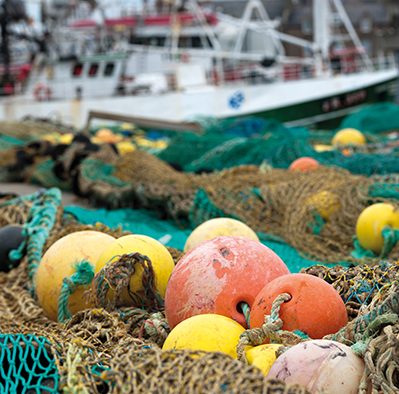 Fishing industry stands to gain hugely from Brexit when the UK exits the European Union, according to a comprehensive new analysis.

It could even double in size if Britain follows the example of Iceland where 95% of the fish caught within the 200-mile limit recognised by international law is landed by local vessels.

The study by Dr Ian Napier of the NAFC Marine Centre in Shetland, part of the University of the Highlands and Islands, highlights the fact that in 2016 UK vessels caught just over one-third (36%) of all the fish and shellfish landed from the British Exclusive Economic Zone, worth £815m.

In addition, UK vessels caught £112m worth of fish and shellfish from other areas of the EU EEZ.

However, as a sovereign, independent Coastal State operating outside the EU’s Common Fisheries Policy and therefore able to control access and quota allocation, the UK industry could be worth up to £1.68bn, Dr Napier concludes.

Even if UK boats are barred from catching within the EU EEZ, the industry stands to grow in value by 92% to £1.57bn.

“Key to maximising the potential gain will be political backbone in the Brexit talks, and 100% resistance to any kind of messy trade-offs such as guaranteeing no-change access to EU vessels, or linkage of the trading of fish to access to UK waters.”

He added: “We have never said that EU vessels will not be permitted to fish in UK waters after Brexit, but the critical element here is that this will be negotiated in the correct international forums and be done so on our terms and no-one else’s.”

Dr Napier’s study indicates that if UK vessels are permitted to catch 50% of the fish from their own waters the industry would grow in size from between 9% (£891m) to 23% (£1bn), depending on whether access to EU waters is permitted or denied.

Dr Napier’s paper can be viewed in full here: www.nafc.uhi.ac.uk/eez-reports

A recent report for the Scottish Government concluded that Brexit could yield an additional 5,000 new jobs and £540m in income for the fishing industry http://www.gov.scot/Resource/0053/00536121.pdf