Broodstock Capital invests in digitalising the aquaculture industry. Seafood investor Broodstock Capital sees huge opportunities in digitalising the aquaculture industry and makes its second technology investment in a short space of time. The investor increases its ownership share to 98 percent in Maritech Systems AS, which recently acquired 100 percent of Timpex AS.

Broodstock Capital increases its ownership share in Maritech Systems AS (Maritech) to 98 percent, up from the 52 percent the seafood investor acquired in December 2017. Maritech’s revenues have increased by approximately 140 percent in the meantime, through organic growth and acquisitions.

The selling parties are Midvest Fondene (36 percent) and Bølgen Invest (10 percent). The transaction details have not been disclosed. Mette Kamsvåg, chair of the board of directors, owns the remaining two percent of Maritech.

Maritech is a leading supplier of software and digital solutions for the seafood industry. The company’s primary product is a tailor-made seafood trading platform that gives the farmers, processors and traders full control of its operations.. Maritech also offers a cloud-based software solution that tracks and traces fish from farmers and fishery to production and processing, sales and distribution, and to the consumer’s dinner plate. The company has also built a data analysis solution that helps customer make more fact-based decisions by applying advanced algorithms to internal and external data.

“The aquaculture industry is still relatively analogue in its approach, but the digitalisation wave that we identified a few years ago has started to increase in size. Maritech is at the forefront of this trend and we believe the big digitalisation wave lies ahead of us,” says Kjetil Haga, partner at Broodstock Capital.

Broodstock Capital facilitated another technology investment a couple of weeks ago, when Maritech acquired software company Timpex AS, which delivers software solutions to companies operating with logistics, transport and customs clearance. Its system will now be implemented in the seafood sector.

During the past year, the two software suppliers have cooperated to digitalise the interface between exporter, transporter and customs agent, and developed a portal that provides seafood players with complete overview of the logistics. 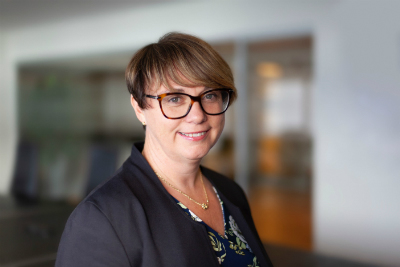 “A financially solid owner such as Broodstock empowers us to drive consolidation in the sector, thereby creating added value for our customers. The acquisition of Timpex enables us to deliver tailor-made software solutions for the entire seafood value chain, from the ocean to the dinner plate. Besides the product itself, logistics and transport represent the biggest cost for the seafood industry. By combining Timpex’s logistics technology with Maritech’s seafood software, we can help our customers reduce their costs significantly,” says Janne T. Morstøl, CEO of Maritech.

Through the acquisition of Timpex, which is based at Åndalsnes, Norway, Maritech has become one of the biggest software companies in central Norway. Following the acquisition, the group will have more than 100 employees and total annual revenues in excess of NOK 130 million.

The investments in both Maritech and Timpex are in line with Broodstock Capital’s strategy of investing in market leaders in growth niches of the seafood industry.

“The digitalisation potential in the aquaculture industry is substantial and we do not rule out making further investments within this area,” says Kjetil Haga of Broodstock Capital.