Scotland’s salmon farmers have called for urgent action to address discrepancies with export statistics published by the UK Government.

The Scottish Salmon Producers Organisation (SSPO) says there is an urgent need for irregularities in post-Brexit HMRC export figures to be addressed in order for the full impact of Brexit to be known.

Figures released by HMRC for January, stated that 80 tonnes of Scottish salmon had been exported to Europe. Official EU Eurostat import figures put the figure at 4,500 tonnes while Scottish salmon producers say they exported close to 5,000 tonnes of fish in January 2021. 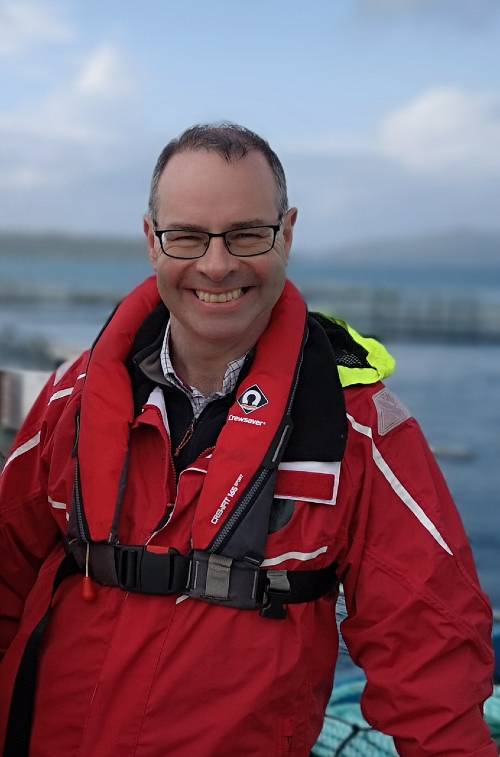 Giving evidence to the Scottish Affairs Committee on Thursday 22nd April, Hamish Macdonell, Director of Strategic Engagement for the Scottish Salmon Producers Organisation (SSPO), told MPs there was a real issue over the validity of the export statistics that had been put out by the UK Government.

Speaking outside the committee, he said: “Scotland’s salmon producers sent about 5,000 tonnes of salmon to Europe in January. The Eurostat system which records how much Scottish salmon went into the EU records about 4,500 tonnes arriving there.

“Yet according to the official HMRC figures published on behalf of the UK Government, we only exported 80 tonnes, which is only about three per cent of the amount that actually went there.

“There has been a big problem, at the very least in January in terms of the collation of the figures. Something happened to do with the way the figures were collected, and we don’t know who is to blame or where the problem has come from. But unless we can get a really proper baseline of how much fish is actually going into Europe it is impossible to tell what the impact of Brexit is.”

Responding to the issue highlighted by the SSPO, the Under Secretary of State for Scotland David Duguid MP assured the Committee that: “There is an investigation ongoing and the HMRC are looking into where that discrepancy has come from.”

The SSPO flagged the discrepancy with HMRC as soon as the figures were released in March but a solution to the inaccuracy with such a key export commodity has yet to be found. Farmed Scottish salmon remains the UK’s number one food export.

February’s export figures were more in line with expectations but the sector is looking for reassurance that the system and workflows for recording and reporting exports is now functioning properly.

Scottish salmon producers have had to cope with significant delays since the Brexit transition period ended on January 1 and the full effects of Brexit came into effect.

Despite improvements since January when it was taking many hours – and sometime days – to process orders of seafood for the continent, orders are still being held up because of the bureaucracy of the extra paperwork and lack of digitisation.

It now takes around an additional two hours for each seafood load to be processed and given an export health certificate for transport to the EU and, in some case, this process is taking four hours or longer.

These delays mean Scottish salmon risks not arriving in France on time, potentially leading to lost orders, discounted sales and disgruntled customers. According to figures collated by the SSPO, Scotland’s salmon producers are spending £200,000 a month on extra paperwork because of Brexit.

This £2.5 million annual bill will come on top of the delays, cancellations and problems which have already cost the sector millions of pounds in lost orders, lower prices and cancelled harvests.