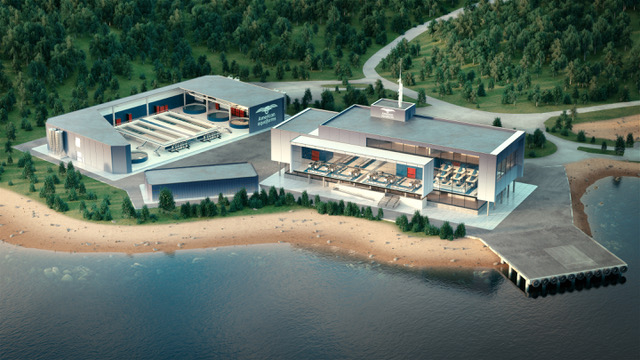 American Aquafarms has entered into an agreement to purchase the Maine Fair Trade Lobster facility in Gouldsboro, where it plans to develop its hatchery and processing facilities. American Aquafarms will also develop a workforce strategy plan to support locally sourced, skilled and unskilled labor during the construction and full production phases.

“We strongly believe that fin fish should be farmed in its natural habitat, in the ocean, with the focus on using the best possible technology to reduce our environmental footprint,” said American Aquafarms CEO Mikael Rones. “We look forward to continuing our work with the town of Gouldsboro and area fishermen to share our cutting-edge aquaculture technology that can provide year-round jobs for residents of the region.”

American Aquafarms is currently meeting with area lobstermen as it considers sites for its Eco-pens; next generation closed pen technology currently used in Norway. This eco-friendly technology for fin fish farming leverages deep water sites and eliminates fish escapes, controls waste from entering the ocean, and eliminates the threat from sea lice with an overall low environmental impact.

“Our new technology addresses major challenges in the traditional aquaculture industry, through the use of an eco-friendly closed pen system that will set a new standard for fin fish farming in US,” said Rones.

Mikael Rones is the CEO of Global AS and Founder/CEO of American Aquafarms. Global AS, an investment company based in Norway, founded American Aquafarms in 2019 after the successful founding of Norcod , a sustainable Norwegian cod farm with two state-of-the-art facilities in operation where he is no longer involved. American Aquafarms’ Vice President is Eirik Jors, founder and former CEO of a Nordic securities firm.

Some of the partners in the American Aquaculture project include leading aquaculture designers and developers including Scale Aquaculture, AMAR Group, Aqua Knowledge, Isfjord Norway and others.

“American Aquafarms, based in Maine, will serve the US market demand for fin fish, thus reducing the carbon footprint of long-distance air freight required currently by imports to the US,” said Rones.