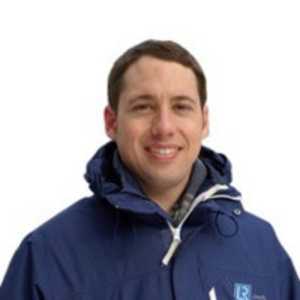 Richard has recently completed an MBA at the University of Stirling having taken a career break from Lloyds Register where he held the role of Operations Manager – Aquaculture. He brings to SSPO his experience in standards, benchmarking, audits and governance as well as knowledge of the companies and organisations involved in Scottish salmon farming.

Originally from Zimbabwe where he studied aquaculture and fisheries science at Rhodes University, Richard relocated to the UK and worked in trout farming in North Yorkshire and tilapia farming in Lincolnshire.

“I am excited to be joining the SSPO during these challenging times. Now, more than ever, we need to demonstrate the sustainability and importance of our innovative industry and the contribution that local production makes to our food security ambitions. Progressive, robust production and supply-chain standards ensure that consumers and stakeholders can rest assured knowing that our producers retain their status as industry leaders.”

“Richard has dedicated his entire career to furthering sustainable aquaculture around the globe and his on-farm experience, at all stages of the production process, will be invaluable in this role. His in-depth knowledge of certification and auditing systems will be key assets as the SSPO looks to further develop and strengthen our industry-leading Code of Good Practice (CoGP) standards.”

Richard takes up the role this week.