Clydesdale Bank, owned by Virgin Money, is supporting the ambitious growth plans of a salmon farming initiative on the Isle of Skye.

Organic Sea Harvest (OSH), the first independent UK start-up salmon farm in 30 years, has signed an agreement for financial services with the Bank, supporting its aim to become the leading organic salmon farmer in the world.  Clydesdale Bank will help finance OSH’s production and support its local expenditures as it continues to invest in the local community.

OSH farms organic salmon at two sea sites off the north-east coast of Skye, at Culnacnoc and Invertote, and the first harvest is expected in Spring 2021.  The company is committed to supporting the community – its two sites already employ 13 full-time members of staff, with more jobs likely to be created as the company grows and expands.  OSH also use local suppliers wherever possible. 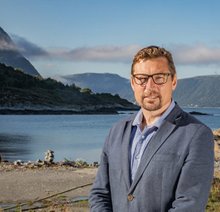 Ove Thu, CEO of OSH, commented: “We are delighted to join forces with Clydesdale Bank on the journey to become the leading organic salmon farmer in the world.

“This agreement will give OSH the facility to run the salmon farming operation and will indirectly support local expenses, such as staff wages, transportation and supplies.  The Clydesdale Bank relationship will make it possible for OSH to draw even more attention to the Scottish origins of our business.”

Clydesdale Bank has a long history of working in the UK agriculture and fishing industry.  Its dedicated team of relationship managers are experts in their field and, as well as advising customers on day-to-day operations, they also provide support on the wider economic environment, especially during the Covid-19 pandemic and as the UK moves on post-Brexit.

Andy Tait, Director of Regional Banking, North and East Scotland, at Clydesdale Bank, said: “Organic Sea Harvest is an exciting young business, with clear ambitions for its future growth.  As well as supporting local employment on the Isle of Skye, its commitment to using mostly local, Scottish suppliers is very welcome, especially given the current economic circumstances.  It’s great to be working with OSH as it aims to become a global supplier of organic salmon, which will also promote Skye and Scotland’s organic credentials.”

A recent Scottish Government report* on the benefits of Scottish aquaculture noted that failure by UK financial institutions to offer investment in aquaculture expansion was limiting Scottish farmers’ involvement in the industry.  It also referenced that each of the 11,700 jobs in aquaculture indirectly creates four other Scottish jobs.

Ove stated: “Brexit means there is a need to refocus many aspects of the UK and Scotland’s financial and administrative support to match competition globally.  A local financial structure is vital to ensure salmon farming and its supporting industries continue to be a strong part of the Scottish economy.”

Clydesdale Bank will rebrand to Virgin Money for its business customers on 17 March 2021.