Thousands flock to SeaFest. Ireland’s largest free family-friendly maritime celebration, SeaFest, held this year at the Port of Cork in Cork City has attracted thousands of visitors to the City. Cork was transformed into a giant interactive ‘sea world’ for the three day festival and the Port was awash with non-stop activities and entertainment for those of all ages. All the events during SeaFest were free for festival-goers. There were open tours available on a number of vessels in the ship filled harbour including the Marine Institute’s research vessel the RV Celtic Explorer. 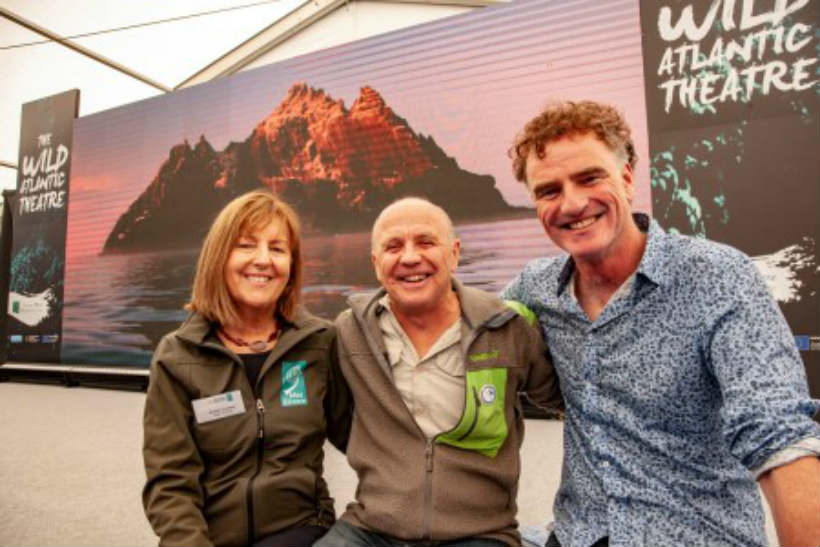 Evelyn Cusack shared her insights on weather forecasting in a series of talks in the Wild Atlantic Theatre. Ken O’Sullivan, underwater cameraman and the man behind the ground breaking Irish documentary Ireland’s Deep Atlantic took viewers on a deep sea journey in search of whales, sharks and cold water coral reefs in Irish waters. Doug Allan entertained visitors with his amazing tales of working alongside Sir David Attenborough on documentaries such as BBC’s Blue Planet and Frozen Planet that brought him to some of the wildest and most remote places on the planet.

In the Marine Institute’s Wild Atlantic Expo, visitors enjoyed interactive exhibits and displays exploring our marine world, as well as storytelling sessions for kids and sea-themed art and craft. An art and poetry exhibition created by primary schools as part of the Explorer’s Education Programme was also be on display.

The festival, which was held in Galway for the last few years, will conclude today (10 June, 2019) with the Oceans Wealth Summit and special guests include John Kerry, former US Secretary of State, and the Presidents, Foreign Ministers or UN Ambassadors from 31 Small Island Developing States.

The 2019 programme of events was presented by Cork City Council and the Inter-Departmental Marine Coordination Group. SeaFest is a key goal of Ireland’s national marine plan, Harnessing Our Ocean Wealth and its goal of increasing participation and engagement with the sea. SeaFest is part funded by the Government of Ireland and the European Union under Ireland’s European Maritime & Fisheries Fund Operational Programme for the seafood sector.