OVER 100 ORGANISATIONS CALL FOR URGENT CURB ON DESTRUCTIVE DRIFTING-FADS

Over 100 organisations call for urgent curb on destructive drifting-FADs to rebuild tuna stocks and protect fragile marine ecosystems. An urgent call was made today to the Indian Ocean Tuna Commission (IOTC), the inter-governmental organisation responsible for the management of tuna fisheries in the Indian Ocean, to address the harmful environmental impacts associated with the drifting Fish Aggregating Devices (FADs) used by industrial tuna purse seiners in their fishing operations. A concerned group of more than 100 conservation organisations, civil society groups, artisanal fisher associations and responsible businesses, including retailers from around the world that support socially responsible and environmentally sustainable tuna fisheries, have called on delegates to the IOTC Special Session, starting next week, to address the lack of transparency and accountability associated with the use of drifting-FADs.

Following urgent calls to the IOTC last year for an emergency meeting to address concerns about the overfished yellowfin tuna stock, the Special Session will now take place over a five-day period, starting on Monday, via videoconferencing. Scientists have consistently shown strong links between the dwindling yellowfin stock and the high numbers of juvenile tuna caught around drifting-FADs. Since the stock was first declared as overfished in 2015, industrial purse seine fishing vessels have caught over 98 million juvenile yellowfin tuna around their drifting-FADs. A proposal from Kenya and Sri Lanka to improve the management of these drifting-FADs has been tabled for the Special Session and signatories to the letter have urged IOTC delegates to take action and support these measures. 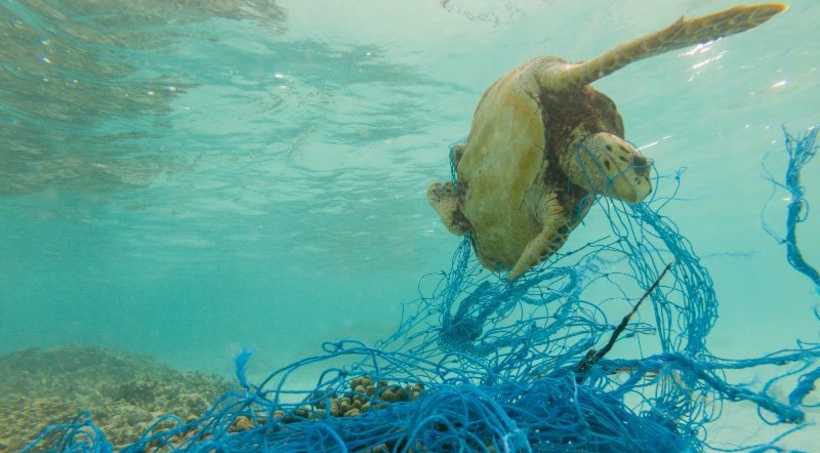 These fish aggregating devices, which have also been referred to as “the tuna industry’s floating atoll destroyers”, are deployed in their tens of thousands each year by industrial purse seine fishing vessels, attracting large schools of tuna underneath them in the otherwise quite featureless open ocean. Up to 100m of netting or other materials are attached beneath each of these floating platforms, thereby creating micro-ecosystems dotted all over the ocean. The massive tuna purse seiners, many of them longer than 100 meters in length and with a gross tonnage greater than 4,000 metric tonnes, use sophisticated satellite location devices to constantly keep track of their drifting-FADs. Endangered turtles, sharks and marine mammals are often caught when the drifting-FADs are encircled by the massive purse seine nets and are then hauled aboard as ‘bycatch’ together with the tuna destined for markets in the EU, UK and elsewhere.

Many of the environmental problems caused by drifting-FADs occur when purse seine vessels lose, discard or deliberately abandon these devices – often because it is no longer financially viable to retrieve them. Accurate numbers are not available for the Indian Ocean on the fate of drifting-FADs after they are deployed, but according to a recent study in the Pacific, only about 13% of the 44,700 to 64,900 drifting-FADs that were deployed annually were successfully retrieved. An astonishing 66% of drifting-FADs sunk before they were retrieved, while 21% (9,254 – 13,463) beached on sensitive coastal habitats such as coral reefs, mangroves or sandy beaches, causing destruction to marine ecosystems for many years.

Martin Purves, the Managing Director of the International Pole and Line Foundation (IPNLF), a UK-based charity that works closely with tuna fisheries using low-impact fishing gears that also contribute to the economic and social well-being of coastal communities, said: “The impacts of drifting-FADs on the long-term viability of fisheries that sustain coastal communities are obvious. The ecological damage caused by drifting-FADs through ghost fishing, plastic pollution and damage to sensitive coastal habitats such as corals are felt long after they’ve been lost, abandoned or discarded. We have also seen evidence of drifting-FADs being deployed on the periphery of coastal states’ territorial waters, drifting through their EEZs picking up tons of juvenile fish, and being collected by industrial, distant water purse seine vessels on the other side. These devices are not only causing devastation of the yellowfin stock but are leaving coastal communities to deal with the mess they leave behind.”

The responsible business community are also playing their part to raise their concerns. Several major retailers supported the call to action on drifting-FADs, including Sainsbury’s in the UK, Woolworths in South Africa and EDEKA in Germany. The involvement of these retailers as well as processors, suppliers and well-known tuna brands, show that the market can play an important role to ensure that drifting-FADs are managed in a responsible and transparent manner.

“Considering the majority of the catch from industrial fisheries ends up as canned tuna in the EU and the UK, or sashimi in Japan and the United States, WWF and our partners call for a rigorous management approach that recognises tuna’s vital role in food security, income generation and economic development for the marginalised communities of the Indian Ocean coastal states. The rebuilding of the yellowfin tuna stock is a priority and reducing the environmental impact of drifting-FADs through the use of electronic tracking, non-entangling and biodegradable FADs, to avoid juvenile mortality of yellowfin tuna and bycatch of non-target species such as sea turtles, sharks and cetaceans from industrial fishing, is a key consideration.”

Blue Marine Foundation, another signatory to the letter, put out a report in October last year, exposing the failure of the IOTC member states to effectively manage the yellowfin tuna stock and calling for an effective and equitable recovery plan that will also consider aspects such as the unacceptable number of juvenile yellowfin tuna caught around drifting-FADs by purse seine fleets. Charles Clover, Executive Director of Blue Marine Foundation, said: “Our recent report found that a staggering 97% of yellowfin tuna caught on drifting-FADs by the Indian Ocean purse seine fleet are juveniles. When one considers how much fish these industrial distant water fleets catch using drifting-FADs, it is hardly surprising that the stock is in the state it is in. It is essential that the IOTC addresses this issue at next week’s meeting together with a new, effective yellowfin rebuilding plan for this globally important stock.”

Researchers at Oxford University, together with the Seychelles Islands Foundation, a public trust which manages Aldabra Atoll, one of Seychelles’ UNESCO World Heritage sites, were recently involved in a five-week clean-up, where 25 tonnes of marine plastic litter, dominated by waste from regional industrial fisheries – drifting-FADs or parts of it, buoys, ropes, nets – was removed. They estimated that the cost to clean up the entire island would be around $4.68 million, requiring 18,000 person‐hours of labour. This is the largest accumulation of plastic waste reported for any single island in the world. Lead author of the study published in Nature Scientific Reports⁴ , DPhil student at the Department of Plant Sciences and The Queen’s College, April Burt, said: ”We highlight that the main sources of the pollution arriving on Aldabra are related to the fishing industry in Seychelles, which provides tuna to EU countries and other high-income markets around the world. There should be some recompense for the damage being caused.”