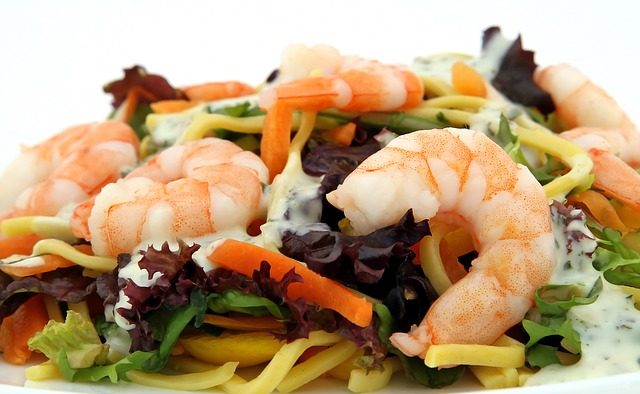 The company, already in the middle of a major recruitment campaign after securing work with Waitrose , is bringing the supermarket giant’s £50 million chilled shellfish business into the town.

It is understood to have taken over the supply (predominantly prawns), from Worcestershire-based Blue Earth.

Neither party were immediately free to comment on the deal, but it is understood staff have been briefed by chief executive Simon Smith on the pending arrival.

The win will propel the dual site business on again, with plans having been passed this summer by North East Lincolnshire Council to allow the company to double the size of the wet fish production plant on Great Grimsby Business Park, and major improvements completing on South Humberside Industrial Estate now.

The former, on Laforey Road, follows the purchase of the neighbouring Ocean Bounty premises, with that business having moved to Grimsby Seafood Village.

It will see a 63 per cent increase in manufacturing facilities in what will be a huge multi-million pound investment, enhancing the current 9,385 sq metre site – expanded regularly since its development in 1998 – to a 18,585 sq m footprint.

It is understood no timeline has yet been set for the significant expansion, which paves the way for Seachill to challenge as the largest operator in the chilled sector, potentially disrupting the longstanding hierarchy with town rival Young’s Seafood.

The business is now already bigger than it ever has been, despite selling off one site in Grimsby prior to the buy-out.

The new chilled shellfish work is being brought in from a facility in Redditch that was once owned and operated by Coldwater, a business now absorbed by Seachill. It was closed in 2008 prior to the flattening of the structure that saw the Coldwater name disappear under previous owner Icelandic Group.

For the enlarged Seachill, Tesco has been the bedrock of the business, formed to serve the leading supermarket in a move that sent shockwaves through the town when former Bluecrest executives made the move to set up the standalone plant.

Earlier this summer, Mr Smith told GrimsbyLive: “Hilton is great for the business, a good owner, it is a good home for the business. We are still in development on many proposals, and looking at how we can expand the sector, but it is doing really well, we are delighted with it.”

Once the current recruitment campaign is completed, more than 250 jobs will have been added in a year, with the latest win offering potential for more, but understood to have been part of the thinking.