Smoked salmon firm receives national seal of approval. A Cumbrian company has become the only independent smokehouse in the UK to receive an esteemed stamp of approval. 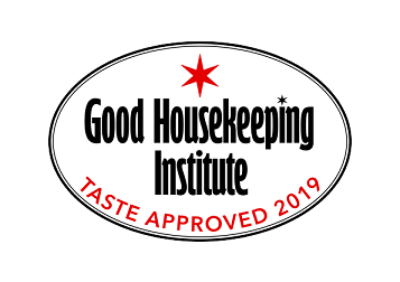 The Good Housekeeping Institute’s independent experts test thousands of products each year in Quality Assessment Tests at its state-of-the-art facility in London’s Soho.

Only the finest products are awarded the Taste Approved certification based on taste, texture, appearance and aroma.

“This is yet another honour for our premium product, the Rope Hung.

“Good Housekeeping is the UK’s best-selling consumer magazine and has an online audience in the millions. The Good Housekeeping Institute’s stamp of approval is of huge importance because it carries real weight with millions of shoppers. Only the finest products receive this accolade. 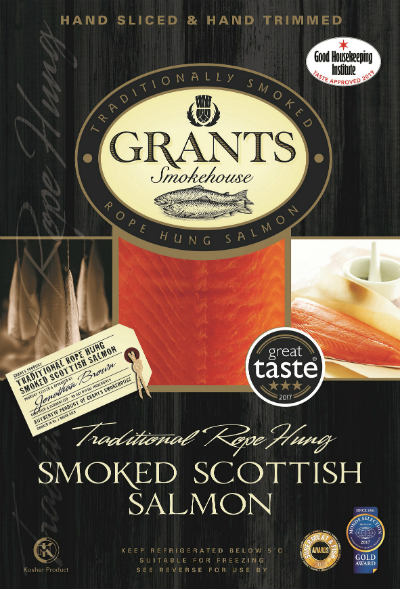 “Our Rope Hung is widely recognised as being among the world’s best and this new award confirms it. It already holds a three star Great Taste award, two gold medals from the Monde Federation and is the product of choice for some of the world’s leading chefs.

“The Rope Hung is so labour intensive and expensive to produce it makes little commercial sense to do so, but I wanted people to be able to enjoy smoked salmon as it really should taste.”

The Rope Hung is made with hand-picked Atlantic salmon from Scottish suppliers with the highest possible environmental and aquaculture standards. It is hand-trimmed and then hand-cured in sea salt, and rope hung in Grant’s brick kiln.

Under the personal supervision of the master smoker, each side is then smoked for up to 36 hours over oak chips made from Scottish whisky barrels. After removal, it is allowed to rest in Grants’ conditioning room for 24 hours before being hand sliced.

Mr Brown said: “This has been a tremendous year for Grants. Our smokehouse is the only one in the UK to be BAP certified, which means it carries the highest possible global certification for our choice of suppliers and production methods. For us to now be the only independent UK smokehouse to hold the Good Housekeeping Institute’s stamp of approval for one of our products is a true honour.

“Traditional taste tests are personal in nature and dependant on the preferences of the people carrying them out. Nonetheless we were also delighted to dominate the separate 2019 Good Housekeeping magazine taste tests with the winning product and another in the top four*.

“When I started the company in 1984, straight after leaving school, I wanted Grants to be the benchmark of quality for the smoked salmon industry and these awards prove we remain just that.”