Fire destroys Scottish shellfish plant. A fire has destroyed a seafood processing plant in the Highlands which exports shellfish as far afield as China, reports the BBC.

Firefighters from across the north of Scotland were alerted at about 17:00 on Sunday when the blaze took hold at the Scrabster Seafood factory 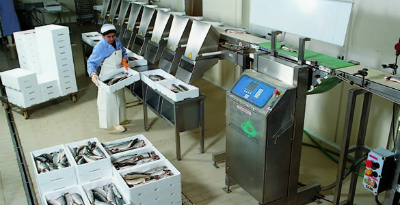 The BBC report says: “Flames were spotted coming from the roof of the building and a plume of black smoke could be seen from several miles away.

“The firm employs about 30 people.

“It took several hours for crews to bring the blaze under control.

“Councillor Struan MacKie described the fire as an “absolutely huge blow to the local area” and called for government agencies to help get the business back on its feet.

“Scottish Fire and Rescue Service group manager Niall MacLennan, who was at the scene tackling the fire, described it as intense.

“He added: “The fire had started to affect the structure of the building, already breaking through the roof, limiting our access into the building.”

“Mr MacLennon said the fire was contained to one building “so there was no chance of it spreading” – but that the factory contained highly flammable materials including plastic and polystyrene.

“Firefighters were able to save an office block that was located inside the factory.

“The Scottish Fire and Rescue Service are currently looking into the cause of the fire which remains unknown.”