Norway Starts Reopening and the Seafood Industry Prepares for a New Reality – This week, the Norwegian government started the careful reopening of society after successfully curbing the spread of the Corona virus with effective measures.

Schools, nurseries, and some businesses such as hairdressers and physios, which have been closed since 12 March, are allowed to open again as long as they can follow the strict requirements for infection control measures.

Read the full statement from the Government here

The Norwegian seafood industry, which is the second largest seafood exporter in the world, has been fully operational throughout the lockdown, being classified a critical function of society. But as Norway emerges from the heavy clouds of the Covid-19 outbreak, many seafood producers are faced with a very different marketplace than only two months ago.
Adjusting to changing consumer demands

“The pandemic has caused massive shifts in consumer behaviour and has brought about changes to people’s eating and shopping habits that is likely to last far longer than any lockdown. The Norwegian seafood industry has proven itself agile, is adapting to new ways of working and meeting changing consumer demands,” says Renate Larsen, CEO of the Norwegian Seafood Council.

One of the major shifts experienced by the seafood industry is the growth in retail and online shopping, as people across the globe increasingly stay at home and are cooking meals together.

In retail there is increased demand for convenience products and prepared seafood, as well as those with longer use-by dates, such as frozen, dried and salted seafood products. Norwegian export data for March show volumes of frozen cod has increased by 18 percent compared to March 2019.

“The picture is a little bit different from market to market, depending on specie, logistical challenges and how exposed the industry has been to the now largely closed restaurant market. Also, the export data probably doesn’t show the actual picture in the markets. Whilst the situation for salmon to some degree is stabilizing, for other producers and species the real impacts of the crisis are only just starting to fully materialize,” says Larsen.

Read more about the latest Norwegian export figures and how they are affected by the Corona pandemic. 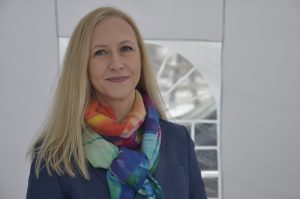 “The restaurant market has more or less disappeared overnight, and many of the producers who deliver to this segment are working hard to find new markets for their world class exclusive produce, such as hand-dived scallops and live king crab,” says CEO of the Norwegian Seafood Council, Renate Larsen.

“Restaurants will reopen at some point, and have already started to normalize in some markets, particularly in Asia, but there is no doubt that the aftermaths of this pandemic will be felt for a long time.”

She points to the predicted global economic downturn, high unemployment and reduction in consumer purchasing power, which could affect the restaurant market in the longer run.

“Restaurants will also be looking to safeguard themselves for future events by perhaps continuing to diversify their offering such as we have seen during the pandemic, with higher end establishments offering take away or meal kits for customers,” says Larsen.

“We believe that many of the changes we see now are likely to take hold also long term. New customers are becoming accustomed to online shopping, and people may find that they enjoy cooking more at home,” says Larsen.

“This could actually be an opportunity for seafood, as people increasingly want to lead healthier and more environmentally conscious lives. At the same time, there is no doubt that reduced purchasing power will be challenging for many going forward.”

Industry and global trade have proven resilient in crisis

Overall, Norwegian seafood exports have been running relatively smoothly during the Corona crisis, apart from a few logistical challenges, particularly with regards to airfreight. This is also seen in the export figures, published by the NSC on a weekly basis.

All parts of the Norwegian industry and processing partners abroad have been operational during lockdown, including food safety authorities and vital research work which will form the basis for future catch predictions and suchlike.

“Obviously it is still a very challenging time for many, and there are many hurdles to overcome on the horizon, but this crisis has shown us that the Norwegian seafood industry and the global trade system works, also in a crisis.”

“I am proud to be a part of an industry which is pushing on and finding ways of working throughout a truly unprecedented period. The collaborative spirit and drive shown by fishermen and women, processors, transportation workers, regulatory bodies, and everyone else who play a part in our seafoods’ journey from fjord to fork, has been inspiring,” says Larsen.

The Norwegian Seafood Council is a public company owned by the Ministry of Trade, Industry and Fisheries.