A new £300,000 study – led by computing scientists at the University of Stirling – will utilise the technology to monitor weeds in neglected and inaccessible water bodies in India.

The weeds can cause severe degradation of the aquatic environment, with damaging impacts on fisheries, drinking water sources, agricultural irrigation, rice cultivation, the navigation of boats, and recreational use of water bodies.

Dr Savitri Maharaj, Lecturer in Computing Science, is leading the project, which is funded by the Royal Academy of Engineering and addresses three of The United Nations Sustainable Development Goals: zero hunger, clean water and sanitation, and life below water. 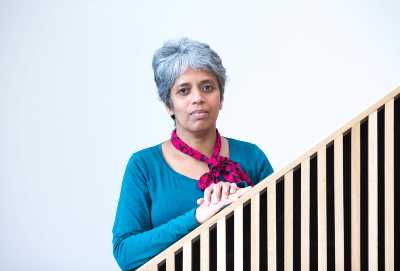 The team includes experts from the University of Strathclyde and three India-based partners: the National Institute of Plant Health Management, the International Crops Research Institute for the Semi-Arid Tropics, and Sanatana Dharma College, under the University of Kerala.

Dr Maharaj said: “Invasive aquatic weeds are a massive problem affecting many parts of Asia and Africa, causing a significant detrimental impact on water and food resources. They block streams and lakes, destroy fisheries, harbour mosquitoes dangerous to human health, contribute to biodiversity loss in aquatic ecosystems, and cause many other adverse impacts too.

“Attempts to control the weed usually involve manual or mechanical removal, however, it is impossible to remove all traces completely and it regenerates from left-behind seeds and fragments. Therefore, the problem in small, neglected and inaccessible side streams and pools remains undetected until the spread is extensive and has reached economically important water bodies – which become infested and damaged.

“Early detection of regrowth has the potential to cut the cost of control by allowing the weed to be removed before it reaches a damaging level. We will investigate how state-of-the-art technology – including satellites, drones and ground sensors – can facilitate early detection and, ultimately, help to monitor and tackle this important social and environmental problem.”

The project will focus on the Kuttanad basin in central Kerala, India, where agriculture and tourism industries depend heavily on local lakes and rivers – all of which are significantly infested with water hyacinth. Notably, Kuttanad Wetland Agriculture is certified as a Globally Important Agriculture Heritage System by the Food and Agriculture Organisation of the United Nations.

Data collected will provide extensive coverage of the bodies of water – and the team will conduct pilot trials and ensure the sustainability of results through training and dissemination activities.