New research from the University of Stirling into the effectiveness of international conservation projects could help to save endangered species from extinction.

The research, led by Laura Thomas-Walters of the Faculty of Natural Sciences, has published in respected journal, People and Nature. It focused on evaluating a conservation campaign in São Tomé and Principe, that aimed to persuade local people to stop eating sea turtle meat and eggs.

Animal conservation faces a number of challenges, including climate change and the wildlife trade, and both time and money pressures. Knowing what measures work best and are most appropriate is essential to delivering effective conservation activity, but previous efforts to evaluate projects have encountered difficulties and delivered varying results.

The Stirling research team sought to address those difficulties by exploring better ways to evaluate conservation projects that work to change human behaviour. The team conducted interviews and completed surveys with local people to determine if the campaign, which used tactics including television advertisements and cooking competitions, had been successful in reducing their consumption of sea turtles. 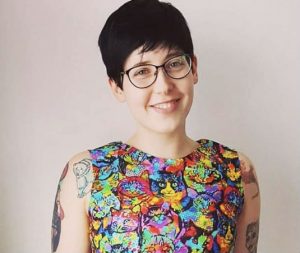 Laura Thomas-Walters, research project lead, said: “In conservation we are faced with a whole host of pressing issues that human actions cause, but we are short on time and money. Evaluating our projects is really important if we want to learn from them and improve future interventions.

“However, a simultaneous increase in law enforcement targeted at poaching may also have impacted the figures. Our recommendations for future projects include combining different outcome measures to triangulate hard-to-measure behaviours, and using theory-based evaluation methods.”

The campaign, ‘Tataluga – Mém Di Omali’, which means “Sea Turtle – Mother of the Sea” in the local Forrô dialect featured community events, such as cooking contests to promote alternative food products, and theatre performances, as well as a football competition. It also utilised mass media, including billboards, and television and radio adverts.

The Stirling team interviewed local people about their habits and sea turtle consumption, both before and after the campaign took place. The number of people who indicated they ate sea turtle eggs decreased from 40 per cent to 11 per cent during the campaign but this may also have been due to increased anti-poaching law enforcement.

The research was funded by the Rufford Foundation, Lisbon Oceanarium, and the U.S. Fish and Wildlife Service. Research partners from Programa Tatô in São Tomé, and the University of Oxford were involved.