Stolt Sea Farm is a specialist land-based aquaculture business sustainably producing turbot and sole at 14 different locations in Spain, Portugal, France, Iceland and Norway. The turbot and sole is sold under the brands of Prodemar™, King Sole™ and King Turbot™. Annual production capacity currently stands at 5,700 tonnes of turbot and 1,570 tonnes of sole with 100% of the juvenile supply provided by its own high-performing broodstock, and as such Stolt Sea Farm holds a leading position in the production of these species. Stolt Sea Farm has a long track record of strong performance with more than a decade of positive operational EBIT in turbot. In 2019, Stolt Sea Farm sold 8.3 million kilograms of turbot, generating 89% of Stolt Sea Farm’s revenues and achieved operational EBIT/Kg (WFE) for turbot of EUR 1.7. 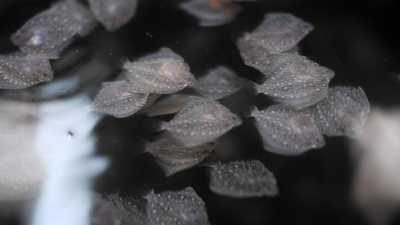 The aquaculture industry is consistently growing due to the decreasing availability of wild catch and growing consumer demand for healthy protein, and turbot and sole are widely regarded as high-quality species. Stolt Sea Farm has over 30 years’ experience in the development and operations of sustainable, environmentally friendly land-based aquaculture. In January 2021, Stolt Sea Farm completed the first production cycle of its state-of-the art recirculation (“RAS”) module in Spain, with all biological indicators exceeding project estimates. Stolt Sea Farm is now well positioned to leverage its proven technological advantage and significantly grow its position in both turbot and sole with plans to grow production capacity (combined turbot and sole) to 9,600 tonnes by 2025 and 23,300 tonnes by 2035.

Stolt-Nielsen Limited intends to remain a majority shareholder in Stolt Sea Farm following the IPO as Stolt Sea Farm continues to develop its position within land-based aquaculture and roll-out its proven RAS and flow-through technology.