THE GOVERNMENT HAS PUBLISHED ITS LONG AWAITED WHITE PAPER ON FISHERIES 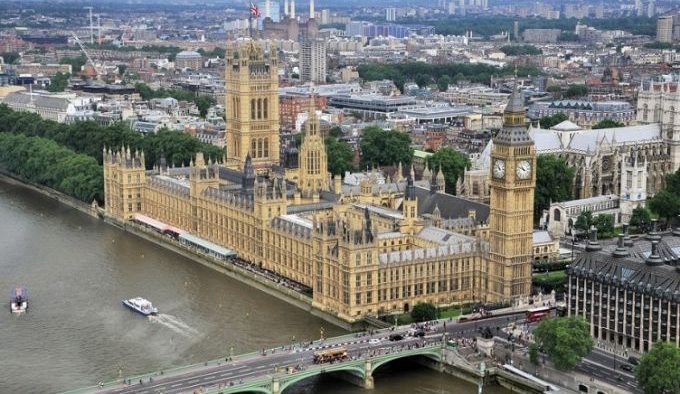 The Government has published its long-awaited White Paper on Fisheries focusing on sustainable fisheries for future generations and outlines the Government’s vision for UK fisheries post-Brexit. Unsurprisingly, its headline objectives are those associated with the UK’s future as an independent coastal state outside the Common Fisheries Policy.

Priority is given to the pursuit of policies which promote sustainable exploitation of fish stocks. However, the Paper makes clear that the UK will control access over who is permitted to fish in UK waters and under what conditions. Rebalancing quota shares to more closely reflect the fisheries resources located in UK waters is also a top-listed priority.

The Government underlines its commitment to working cooperatively with those countries like Norway and the EU with which it shares fish stocks. However, the paper also makes plain that trade issues and fishing rights and management are separate issues, by international comparison and EU-third country precedent. This is important because the EU has signalled, in its negotiating guidelines, that it will seek to use an EU/UK free trade agreement as leverage to maintain the current asymmetric arrangements on access and fishing opportunities. The scale of those quota distortions, which work systematically to the EU’s advantage and the UK’s disadvantage, is spelt out graphically in an annex to the White Paper.

Overall, the Government has not been noticeably coherent or cohesive in its preparations for a negotiated Withdrawal Agreement with the EU. On fisheries however, its broad position is clear, cogent, and apparently uncontroversial – within the UK anyway. This White Paper will have required support across Whitehall, and it spells out what the UK wants and expects. This aligns quite closely with what the UK fishing industry wants and expects. The high attendance and level of interest at our recent NFFO lobby day in Parliament confirmed that there will also be very wide support across the parties for the broad approach outlined here.

Doubtless this unity reflects the widespread understanding in and beyond government that the entry terms in 1973 worked systematically and significantly to the detriment of the UK’s fishing interests – and have continued to do so over the intervening forty-five years. The UK’s departure from the EU gives us the long-awaited opportunity to address the distortions that arrived with the CFP.

The Federation has been working closely with Defra since the referendum and has submitted papers on all the policy main areas. It is encouraging, therefore, that our principal objectives are shared in the White Paper. These are:

1. The UK operating sustainable fisheries as an independent coastal state, with quota and access arrangements agreed in the context of annual fisheries agreements

2. Rebalancing quota shares to reflect the resources based in UK waters

4. An adaptive management system tailored to the contours of our fleets

The White Paper also reflects other industry priorities, including:

⦁ A flexible and adaptive national fisheries policy with the fishing industry closely involved in the design and implementation of policy. The frequency of unintended consequences of policy decisions and the need therefore to for a responsive management system post-CFP appears to be well understood

⦁ The need for a workable discard ban is emphasised

⦁ A measured and step-wise approach to trialling alternatives to quotas where this makes sense, is described

⦁ Throughout, there is an emphasis on a close partnership between the fishing industry and government

However, below the headlines setting out the Government’s broad orientation, there remains much to discuss and work on. In particular:

⦁ How to operate a system of devolved responsibilities within an overall UK framework is underdeveloped in the White Paper. Discussions continue and is unlikely that arriving at a satisfactory agreement will be easy or straightforward, given the toxic politics involved.

⦁ Cost recovery before the institutional arrangements are in place to give the industry shared responsibility, as discussed in the White Paper, would be premature, unjustified and very controversial

⦁ Auctioning incoming quota is a new concept with some obvious disadvantages; it will need detailed scrutiny

⦁ The practicalities of a workable system of overage (permitting bycatches to be landed even though quotas are exhausted with a charge to disincentivise targeting) to address the problem of chokes under the landing obligation, will require close attention

⦁ Remote sensing undoubtedly has a future role to play in monitoring fishing activities: the question is how and where and how does it fit into a partnership approach based on trust and confidence?

On the big-ticket issues, the White Paper is clear and confident. To be sure, the EU27 will seek at every turn to blunt its application but in truth the EU only has one weapon in its armoury and that is the nuclear option of denying the UK a free trade deal unless the UK caves in on fisheries. That would hurt many businesses in the supply chain in the EU – at least as many as in the UK. Politically, such is the parliamentary arithmetic, that the UK government could not agree to a capitulation on fisheries and survive.

It is self-evident that the Government has much work to do on its own positions before the next rounds of negotiations. On fisheries, however, as the White Paper spells out, the big issues relating to jurisdiction, access and quota shares, are already settled by international law: the UK becomes an independent coastal state. Everything else flows from that.