Spring Genetics®, in a multilateral collaboration with the United States Department of Agriculture – Animal and Plant Health Inspection Service (USDA-APHIS), the Federacion Colombiana de Acuicultura (FEDEACUA), and Acuacultivos El Guajaro were successful at completing all the process to obtain for the first time in decades, a license to import the most needed new tilapia genetic material to the country. 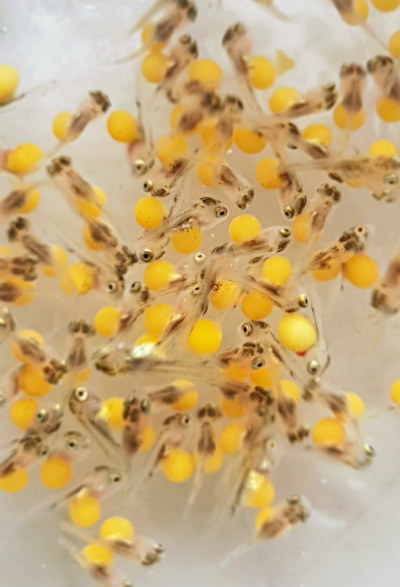 Spring Tilapia®, brand name of the tilapia strain provided by Spring Genetics®, has gone through eight generations of selection at the breeding nucleus in Miami for key traits such as fast growth, survivability and yield, and more recently, advanced genomic selection for resistance to Streptococcus iniae and S. agalactiae.

The tilapia genetic that would be available in the country, along with high biosecurity and continuous health surveillance at the breeding nucleus, would provide a significant opportunity for the Colombian tilapia industry to improve the productivity and sustainability of their business.

As a result of the collaboration between Spring Genetics®, USDA, APHIS and ICA, a new genetic material import protocol has been created and implemented for the first time in the country. The first shipment of genetic material to Acuacultivos el Guajaro, Spring Genetics® distributor for the Caribbean Region, is scheduled at the end of September 2019. Ongoing negotiations with other Colombian companies are being held to secure a wider national reach.  Spring Tilapia® fingerlings will be commercially available in Colombia in 2020.

With nucleus in Florida, USA, Spring Genetics® breeding programme is designed and supervised by its sister company and Norwegian based Akvaforsk Genetics (AFGC), a leading provider of genetic improvement services to aquaculture industries worldwide. AFGC has extensive experience from more than 15 large scale selection programs covering 15 species in 25 countries across Europe, Asia and the Americas.