Paolo Bray of Friend of the Sea outlines plans for the future in an exclusive interview with Keith Broomfield, for Fish Focus. Paolo Bray, founder and director of Friend of the Sea, is a man on a mission – determined that our planet’s precious natural resources are managed sustainably, ensuring food security for humankind whilst protecting ecosystems. 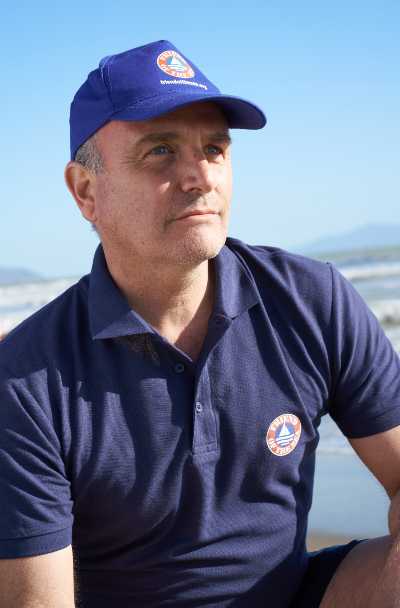 After completing a degree in economics at Milan University in the early 1990s, Paolo says he was determined to make his own contribution to sustainability. This led to him getting in contact with the Earth Island Institute in San Francisco, which had just launched the pioneering Dolphin Safe Tuna Project.

Dolphins were being slaughtered on a large scale by tuna fishermen in the eastern tropical Pacific and the campaign was aimed at bringing this to an end and ensure purse seiners adopted more sustainable methods.  Paolo became part of the campaign, and through widespread publicity of the mass dolphin killing, combined with engagement with tuna producers and others, dolphin mortality eventually fell by an incredible 98%.

For Paolo, this was an important catalyst that brought forcefully home to him the need for the sustainability certification of fisheries.

“It made me realise that certification was an important tool to achieve tangible conservation results,” he says. “Initiatives such as this dolphin project were undoubtedly the precursor of the sustainable seafood movement.

“By the end of the 1990s, the rapid development of the internet led to much enhanced accessibility of information about the over-exploitation of marine resources by the fishing industry and this became a driving force for change.”

This ultimately led to Paolo setting up Friend of the Sea and its certification scheme in 2008. The Marine Stewardship Council was already well-established by then, but Paolo’s vision was to have a truly independent certification organisation with no representation on its management board from vested interests.

“It is important to recognise that there are different levels of reliability for sustainability when it comes to certification,” he says. “Friend of the Sea and our certification schemes are independently accredited by national accreditation bodies – such as UKAS in the UK, rather than by a private company.

Yearly audits are carried out onsite by independent international certification bodies in consultation with stakeholders, against the strict Friend of the Sea environmental sustainability and social accountability criteria.

Looking to the future, Paolo says Friend of the Sea is actively embarking upon extending its range of sustainability certification to other sectors.  As well as fisheries, aquaculture and Omega-3 fish oil, Friend of the Sea is also now involved in certification pilot projects related to restaurants, maritime shipping, whale and dolphin-watching, aquaria, ornamental fish, UV creams and others.

“In many ways it’s about delivering brand recognition for consumers with regards to sustainability. For example, we have recently certified an aquarium in the Lake District in England. A visitor to the aquarium will see the Friend of the Sea logo, and then, perhaps, afterwards go to a supermarket and see the same logo on a seafood product, thus making a connection and instantly recognising what it represents with regards to sustainability and conservation.”

Another unique point of difference with Friend of the Sea is its support for a number of conservation campaigns, which are highlighted on its website. The dolphin safe project is one, but there are many others, including those involving sharks, albatrosses and turtles. Around 22% of its budget is now devoted to such projects.

“We hope that over the long-term consumers increasingly recognise Friend of the Sea’s commitment to conservation and the need for adopting good practices that protect marine habitats and creatures,” says Paolo.