PREPARING FOR MORE SPECIES FOR AQUACULTURE

Preparing for more species for aquaculture. Nofima is developing a methodology for following up health challenges that may result from climate change and growth in the farming of new species.

There are still less than 2 million cod being farmed in Norway, but the number is increasing. In addition, the industry is also interested in farming other relevant species.

Elisabeth Ytteborg is a fish health scientist and has led a project in which she and her colleagues have developed tools to compare how stressful environments affect the external immune system of cod, salmon and lumpfish. 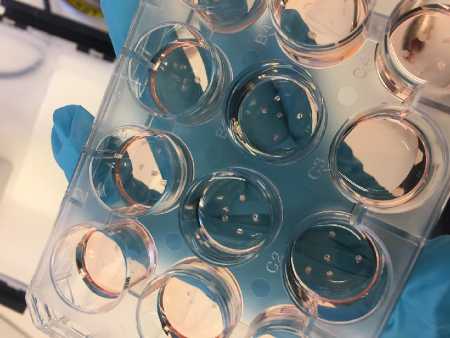 The tools they have developed are so-called ‘in vitro models’, which involve the cultivation of cells from various fish organs such as skin and nose. Using these tools, the fish can indirectly tell the scientists how they tackle the challenges they face in a net-pen, such as changes in temperature or chemical agents.

The prevalence of bacterial diseases may increase as a result of higher water temperatures caused by climate change. At the same time, the majority of farmed species in Norway do not thrive at high temperatures.

“We need more knowledge about temperature and fish resilience. We can make real progress by using cell models”, says Ytteborg.

Nofima has been running the national cod breeding programme for 20 years, and the knowledge created should be transferred to other relevant species in Norwegian aquaculture.

“Climate change brings along new challenges related to fish health. This is a field that has so far been given little priority”, says Lill-Heidi Johansen, head of fish health in the national cod breeding programme.

“We need to improve our toolbox so that we are prepared to meet health challenges that may arise, including species other than cod and salmon”, says Johansen.

Nofima’s models will be used in research for the industry and will be further developed. Through the use of cell models, scientists can gain valuable information without using more animals in trials. In 2021, the Nofima scientists received Norecopa’s 3R animal research prize for this work on developing alternatives to animals in experiments.