The peer-reviewed study, which examines decades of data relating to wild salmon numbers, has been published in the independent journal ‘Aquaculture & Fisheries Studies’.

Author Dr Martin Jaffa, an aquaculture expert who now specialises in the interaction between wild and farmed fish, said the research should end the ‘scapegoating of the salmon farming industry as the cause of population declines in wild salmon’. 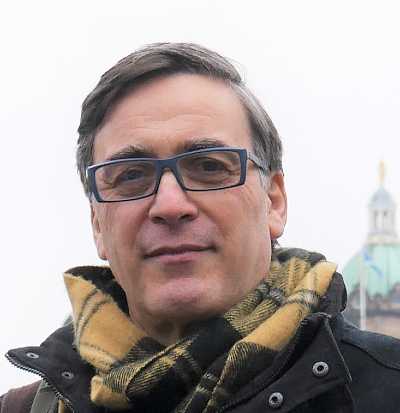 The paper analyses rod catch data from as far back as 1952, separating this into larger Atlantic salmon which spend up to four years at sea before returning to rivers, and the smaller ‘grilse’ salmon that spend just one winter at sea.

Previous research has usually combined these types of wild salmon, showing differences in trends between salmon in east and west coast rivers – which some campaigners have attributed to the presence of salmon farms on the west coast of Scotland.

However, the new data shows that overall numbers of larger salmon have declined in the east coast, where there are no farms – whereas there has been an increase in grilse catches on both coasts.

The report suggests that ‘cyclical patterns’ resulting from changing sea temperatures and variations in marine growth rates therefore explain the fluctuations in wild salmon stocks – not the presence of farms.

Further evidence in the paper shows that these cyclical patterns can be documented as far back as 1740, with trends showing that both larger salmon and grilse numbers go through peaks and troughs lasting over 50-year periods – and the recent proportional increase in grilse on the east coast is similarly matched on the west coast.

“This analysis shows that between 1952 and 2010, catches of grilse have steadily increased.

“Increasing numbers of grilse returning to Scotland’s rivers means that they cannot have succumbed to sea lice after making their way out to sea as some anglers claim, and thus salmon farms are not having a negative impact on wild stocks at all.

“Catches of large salmon may have declined, but they have declined across all of Scotland even in areas where there is no salmon farming.

“Those concerned about safeguarding the future of wild salmon should start to address the real issues affecting wild salmon rather than scapegoating the salmon farming industry as the cause of population declines in wild salmon.” 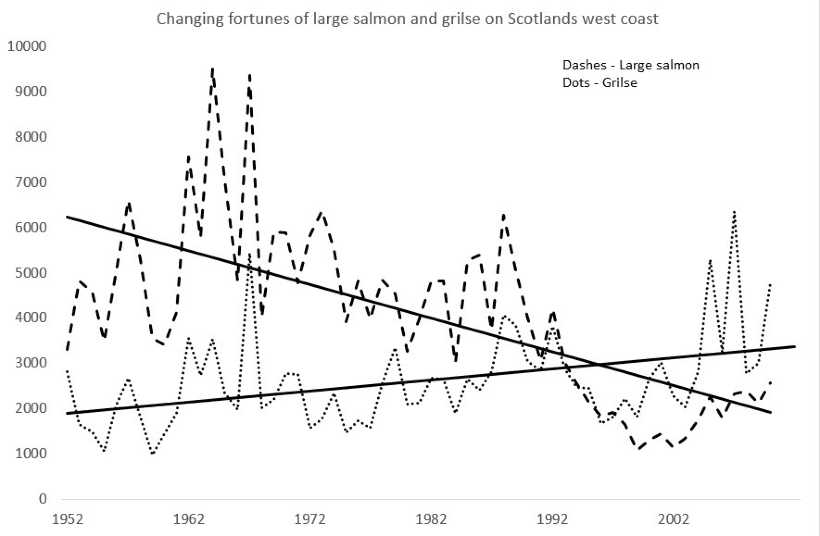 “Analysis of the make-up of the grilse and salmon components of the catch shows that larger salmon dominated catches of NW Highland catches until about 1990 even though they were in decline.

“This decline masked the increased catches of grilse, which would eventually dominate the total catch between 1990 and 2010.

“The observed overall decline in salmon reflected the decline in large salmon catches that has occurred across all of Scotland.

“At the same time, grilse catches have increased in the NW Highlands but not enough to show a noticeable increase in the total catch when grilse and salmon data is shown together.

“It is apparent that more detailed analysis and presentation of Scottish salmon catch data is required to ascertain the true underlying trends of salmon catches in Scottish rivers.

“This is important because salmon catch data is often used as an indication of the state of local and national stocks.

“Without presenting the full picture, which in this case is a presentation of both grilse and salmon data separately, it is difficult to expect regional management and riparian owners to be able to respond appropriately to changes in salmon catches to help ensure the long-term conservation of stocks.”