New farmed oyster research. Oysters bred for fast growth and disease resistance are able to adapt their shell growth to protect themselves from environmental acidification, according to new research.

Ocean and coastal acidification – the ongoing increase in the acidity of the world’s oceans – hampers some organisms, such as oysters, from producing and maintaining their shells. However, experts now believe that for oysters there is a potential solution to the problem.

A team led by Dr Susan Fitzer, a Research Fellow at the University of Stirling’s Institute of Aquaculture (IoA), studied Sydney Rock Oysters in New South Wales, Australia, and found that resilient strains of this oyster – generated through targeted breeding – can cope better with more acidic seawater conditions. 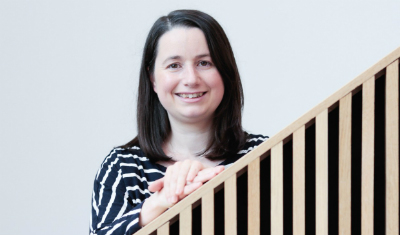 Dr Fitzer said: “Our work addresses a major problem in oyster aquaculture. Coastal acidification in Australia, and in many other regions around the globe, is damaging oysters’ ability to grow properly – with such changes in shell growth mechanisms likely to have implications in the future. For example, we may see the production of smaller oysters with thinner shells – leaving them prone to fracture and at risk of shell damage during culture and harvesting.
“Our research shows, for the first time, that oysters selectively bred for fast growth and disease resistance can alter their mechanisms of shell biomineralisation, promoting resilience to acidification.”

Dr Susan Fitzer, of the Institute of Aquaculture, led the research.

Commercial shellfish aquaculture is vulnerable to the impacts of ocean acidification – caused by increasing carbon dioxide absorption by the ocean – and coastal acidification, driven by land runoff and rising sea levels.

Working with New South Wales Department of Primary Industries, the University of Sydney and the Scottish Universities Environment Research Centre, the team characterised the crystallography and carbon uptake in the shells of the Sydney Rock Oyster (Saccostrea glomerata) farmed in habitats affected by acidification from land runoff. The scientists looked at oysters from families selectively bred for fast growth or disease resistance to assess whether these factors were associated with changes in the mechanisms of shell biomineralisation, in comparison to wild oysters.

Dr Fitzer said: “Importantly, our research was able to show that selective breeding in oysters is likely to be an important global mitigation strategy for sustainable shellfish aquaculture to withstand future climate-driven change to habitat acidification.”

The Natural Environment Research Council supported Dr Fitzer’s work through an Independent Research Fellowship, while Professor Maria Byrne (University of Sydney) participated in the study with the backing of the New South Wales Environment Trust.

The paper, Selectively bred oysters can alter their biomineralisation pathways, promoting resilience to environmental acidification, is published in the journal Global Change Biology. It follows a previous paper in August 2018 and a Conversation article by Dr Fitzer in January 2019.